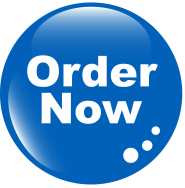 In the wake of the bombshell announcement this January that the parents of JonBenet Ramsey were indicted in 1999 in the death of their 6 six year-old child, Wendy J. Murphy, J.D. releases the first book to contain the disturbing details.

Filled with never-before published information explaining what really happened and why the truth was such a mystery for so long, this is the go-to book for anyone who wants to know the truth about what happened to little JonBenet when she was found dead in the basement of her home more than fifteen years ago.

Murphy, a former Massachusetts prosecutor, law professor, and legal analyst making regular appearances on Fox, CNN, MSNBC, and CBS reveals the evidence from the JonBenet Ramsey case that was hidden from the public by bully tactics and media manipulation. She provides the inside story about how many criminals get an unfair advantage in the United States justice system, often at the expense of their victims.

In one explosive chapter after the next, Murphy pulls the curtain back several unsolved mysteries by revealing the dirty tricks that lawyers and judges use to hide the truth and undermine justice.

Learn the real reason the jury in the Michael Jackson case voted not guilty, and why Kobe Bryant’s case was dismissed before a jury had a chance to hear the evidence. Find out how O.J. Simpson and William Kennedy Smith to walk permitted to walk free.

Hon. Andrew P. Napolitano, Senior Judicial Analyst for the Fox News Channel calls this book a “tour de force” that tells with passion and conviction the tough, harsh tales of the “government breaking its own laws, the courts doling out justice by whim” and “the system blaming the victims.”

Dominick Dunne, Author of Justice: Crimes, Trials, and Punishments praised Murphy’s “fearless television reporting on the JonBenet Ramsey murder” and commended her book for “exposing the injustices of our justice system.”


Thank You For Sharing:

2 thoughts on “And Justice for Some, by Wendy Murphy”